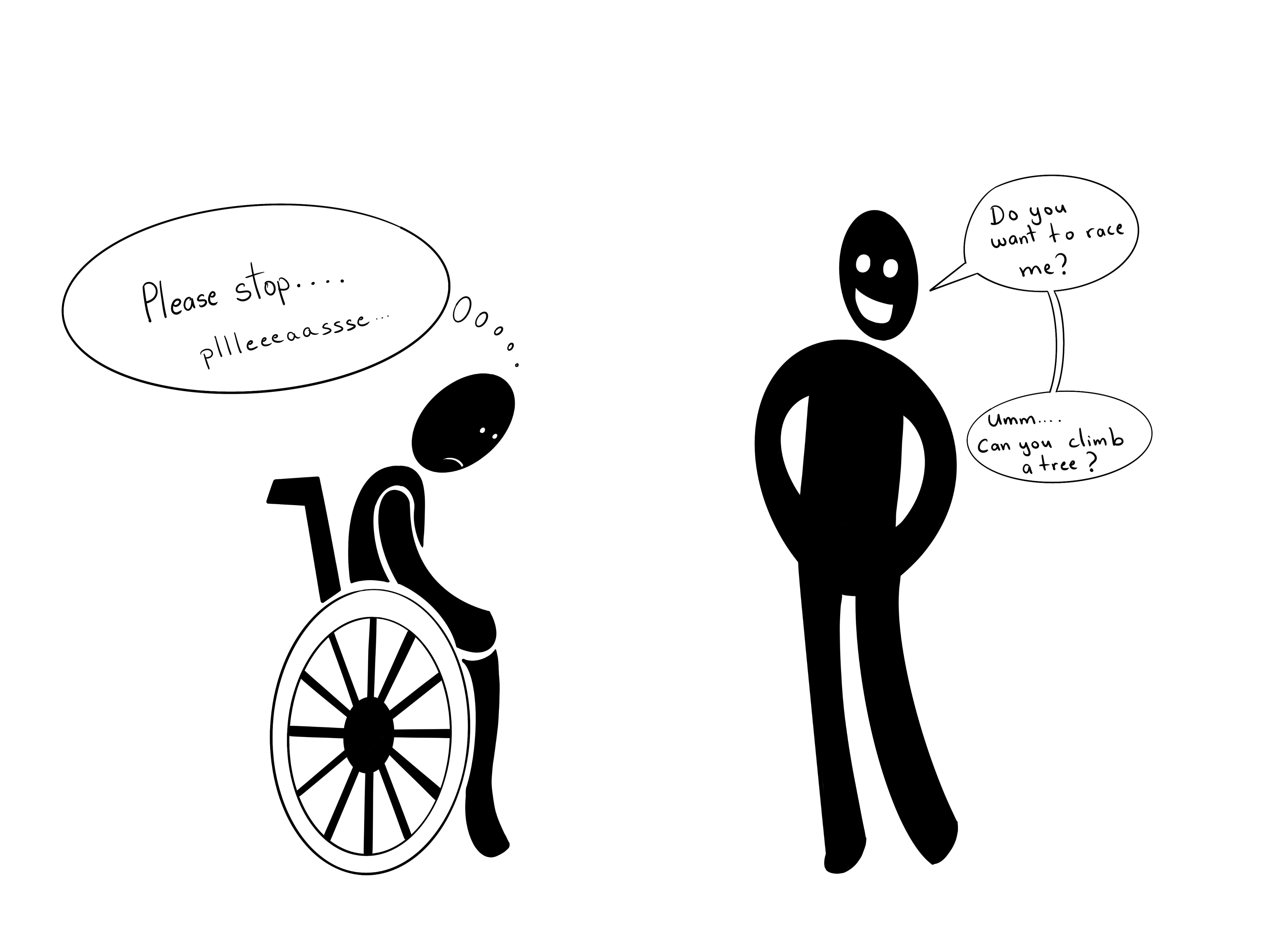 DISCRIMINATIONis a serious problem in many countries. Over the last few weeks we have looked at all your most important or Fundamental Rights under our Constitution. Today we will focus more closely on discrimination.

Discrimination is the unfair treatment of a person or group of persons based on a judgment you have which is not a fact, for e.g. the belief of some people that white people are smarter and better than black people.

Why do people discriminate?

Many people discriminate because they do not know better. A lot of the time they may not have the necessary information for them to know differently. For e.g. disabled people may be treated differently in Vanuatu and are less likely to be employed or to go to school because most persons have not been exposed to disabled people in the world who are doing great things like attending university and going on to have impressive careers and therefore, they may believe that all disabled people are not capable of contributing to the community as well as abled people.

There are people who discriminate without even knowing it. For example, I can look at someone sitting in a restaurant and just by the way they are dressed or they speak I may not think they are as good as me and treat them differently. In other words, I compare them to myself and my standard and I judge them as not acceptable.

What are the different types of discrimination?

In order to ensure that we are not discriminating against others or that we ourselves are not being discriminated against it is important to know the types of discrimination. I will outline the most common:

How do people discriminate?

Persons, institutions, businesses and governments can all discriminate against a person or group of persons. Discrimination can come in the form of policies, ideas, practises and laws in a country. For example, it would be discrimination against the physically disabled if someone in a wheelchair was unable to access a Bank or business or even the court house if no wheelchair access in the form of a ramp was available.

Policies and laws do not usually appear discriminatory but when they are put into practice the discrimination becomes evident. So, for example, if I advertised a position and said that the applicants must be male only or that the applicants must be able to work 7 days a week it would mean that I could not apply if I am a woman and I could not apply if I celebrated my religion on a Saturday or a Sunday.

Why is discrimination bad?

Discrimination is bad because it separates people into groups and it does not make for a country that comes together as a family. When we believe and accept wrong things about people or groups it can cause us to treat them differently or badly. These people who are then treated differently may one day choose to retaliate by taking the law into their own hands or causing civil unrest in the country. Such activity will always have serious consequences on the economy.

Discrimination also deprives us of the opportunity of getting to know persons different to us and we may lose out in our business, our lives and the economy in hiring useful and intelligent persons, who together with us can improve and build the country. A perfect example of the devastation which discrimination can have on a country is in the country of Rwanda where the Hutu race killed almost one million Tutsi’s (another race) in 100 days because they were of the mistaken belief that the Tutsi’s were a superior group to the Hutu’s. It is considered to be the worst human massacre in modern history and it took the country years to recover from the devastation.

How do we avoid discrimination?

While we may never be able to completely wipe out discrimination, we can help to reduce it by:

How can we stand up to discrimination?

If you feel you or a group you belong to are being discriminated against then:

2 thoughts on “WE DESERVE TO BE TREATED RIGHT!”