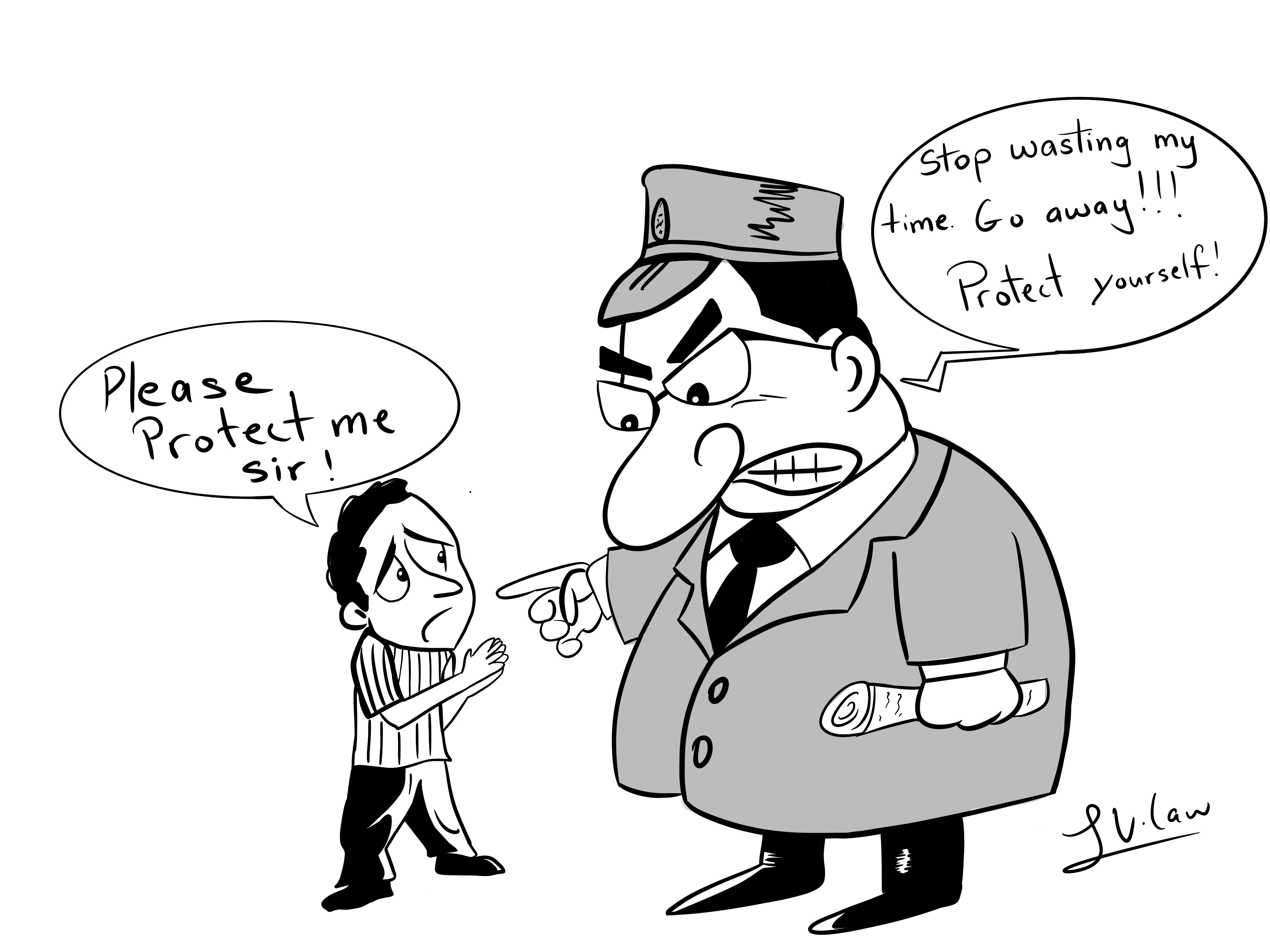 Over the last 5 weeks we have been examining your Rights under the Constitution. This is the last in this series.

Today we will be looking at your right to equal treatment under the law and how the law helps to protect those rights.

The Right to Equal Treatment under the Law means that every single person is to be treated exactly the same before the law. Everyone has the right to be protected by the law and not to be discriminated against or treated differently because they may be disabled or a woman or a child or because they are gay.This right which is guaranteed under our Constitution makes sure that we are never treated differently because of the political party we belong to, the educational background which we have, the religion we follow, the language we speak, the colour of our skin or where we come from.

One of the most famous cases in the United States of America “Brown Vs Board of Education in 1954 was the right of black children to go to the same schools as white children which historically offered a better-quality education and facilities. The judge who decided the matter said that the idea of a separate school for white and black children was against the Constitution as it did not give all students equal rights under the law. In this case there was no law that allowed for this separation but certain people in the society considered it was best to separate whites and blacks.

This separation was against the Constitution of America and the Judge enforced the law to ensure that black children were treated the same as white children and given equal educational opportunities. There are still many parts of the world where some people are paid less than others when they both do the same job even when it is against the law. This usually happens because of where you come from or because you are a woman.

There are parts of the world where the religious believes or culture says that women do not have the same rights as their husband to own the property which they acquired during the time they were married or women who cannot inherit in the same way as men or women who can only travel or work with the permission of their husband. All these are real examples of discrimination or different treatment even though these things are not allowed under the law in many countries and is against international law dealing with human rights.

Who is responsible for upholding the law?

It is the role of the police, lawyers, prosecutors and the judges who work in the justice system to protect such persons against discrimination. Their job is to make sure that all laws and rules protecting persons against discrimination are respected. It means therefore that when cases come through the justice system, these acts are thoroughly investigated and the offenders are punished so that they and the rest of the society understand that any type of discrimination will not be tolerated.

Although everyone is to be treated the same before the law, the Constitution recognises that there are certain classes of persons who, because of that class which they belong to are automatically discriminated against. These types of persons would be women, children, young persons, disadvantaged groups and persons from less developed areas. It means therefore, that if the government was to pass a law that appeared to benefit women more than men then that would not be considered unconstitutional.

The reason for this is because the government understands that women have traditionally had a lesser place in the society than men, and as a result, they have not enjoyed all of the same benefits as men, for example in matters of education where boys are often sent to school instead of girls. In such instances, the government may put certain provisions in place so that more girls can attend school.

Or, the government could pass a law to say that when there are elections at least half of the persons running for elections must be women. While it might appear that women are receiving special treatment in the beginning, it is all in an effort to create a more equal society so that women are given the chance to catch up with the men and will now have all the same opportunities as men.

Your Right to Protection of the law says that:

This means that once you are charged by the police you have the right to a trial before the court at the earliest possible time and the court that is responsible for hearing your case must not be biased. You are even entitled to a lawyer if you cannot afford one and the crime you are accused of is a serious one such as murder.

This means that the very moment you are arrested and charged you must be told in a language you understand of the crime you have committed. Therefore, if you speak Bislama and the police officer speaks to you in French which you do not understand then he has breached your right to protection of the law under the Constitution.

This is similar to your right above to be charged in a language you understand. If you are in court and you cannot understand the language being spoken so that you can follow along and are able to make a good case to defend yourself then your Constitutional right has again been breached.

This means that you cannot be sent to prison for something you did or did not do, when at the time there was no law making it a crime, either in the written law or in custom.

This means that if you went to court for a crime and you were released by the court because they found you not guilty or you were found guilty and sent to prison or you were pardoned you cannot be tried a second time for the same crime. Also, you cannot be tried for a crime you could have been charged with at the time you were before the court. Once your criminal case is done, it is done.